What are you looking for?

Fast but fearless: these are essential requisites for an efficient distress call in the mountains.

The CNSAS needs to receive precise information in order to fulfill a focused and fast intervention.

The unique number, which covers the whole national territory, to be called for a health emergency is: 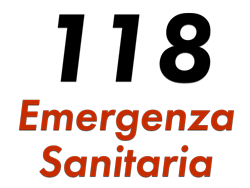 In case of accident in mountains or in caves, it’s suggested to request to the 118 operator the CNSAS’s intervention.

If active, use the number:

How to make a distress call

In case of necessity, the distress call needs to be made through the unique health emergency number 118 or through specific rescue numbers (see the list below, divided into regions) clearly expressing the following information:

It is strictly necessary to answer in a complete way the questions of the operator who starts the rescue intervention and gathers the information fundamental to the optimization of the intervention itself.

CONSIDERING THAT THE INTERVENTION IN THE MOUNTAINS CAN BE EXECUTED WITH OR WITHOUT THE HELP OF AN HELICOPTER, IT’S NECESSARY TO INFORM THE OPERATOR ABOUT:

Everyone tapping a distress call is obliged to immediately warn the CNSAS operating center.

The rescue intervention is carried out through the use of an helicopter, when weather and environmental conditions allow for it and when the seriousness of the injured person justifies it.

The arrival of the helicopter on the site of the event arises behavioral and communication problems that must be known by those assisting the injured person. As a rule, the possibility to talk via radio with the flight crew is reserved to specialized technicians. It is therefore particularly useful to adopt simple conventional and international visual signals, which allow for essential communications. Only one person takes the function of a communicator, and stands with his/her back to the wind and stays still during the helicopter approach.

When the pilot is about to land, the person who reported the accident crouches on the ground and doesn’t move. Everyone else moves away from the rescue site.

The helicopter intervention in the mountains takes place under conditions always considered highly critical, therefore everyone should know some simple behavioral rules to facilitate, or at least to not hinder, rescue operations.

If the terrain allows for it, the helicopter will perform a landing: this operation can only take place in areas away from aerial ropeways, power lines, plants and other obstacles. The landing area must also be clearly identifiable from above. In this case, people present at the event place must:

Despite the above indications given, it will be the pilot’s task to decide both the landing place and the operation to be carried out.

When the terrain does not allow for the landing, the pilot can decide to approach the site of the accident by adopting a stationary flight maneuver (Hovering); the helicopter stays still not far from the ground, sometimes it leans only on one runner. The operation is particularly delicate and demanding for the pilot who must keep the helicopter in a precarious balance; the landing of the rescuers and the embarkation of the injured people must be done with the utmost delicacy and in perfect harmony under the flight personnel’s authorization. No one and for any reason must approach the helicopter especially in the back area and in the upper part of the slope, where the blades can turn at a very short distance from the ground.

The winch is used on a vertical terrain or in situations where it is not possible to adopt landing or hovering. The mountain rescue technician is climbed down from the helicopter placed with a stationary flight on the vertical of the accident site; the technician, after having evaluated the situation, will be joined with the same modality by the health team. Even in this case, no one should approach the area where the helicopter operates; it will be the mountain rescue technician to ask if and how to collaborate for the rescue operations.

SIGNALS WITH THE HELICOPTER
YES, we need help: land here
NO, we don’t need help: do not land here 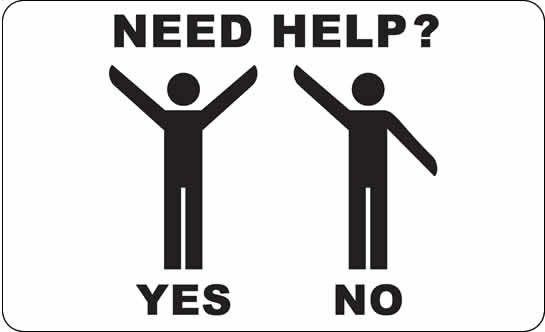 INTERNATIONAL SIGNALS
Almost all the distress calls nowadays arrive through mobile phones, but often you can be located in blind spots; in this case it is good to know what are the international distress signals:

CALL: launch six times in one minute (every ten seconds) an optical or acoustic signal (scream, light with flashlight, etc.) Repeat the signals after one minute.

ANSWER: launch an optical or acoustic signal three times in one minute (every twenty seconds).

This website uses cookies to improve your experience while you navigate through the website. Out of these, the cookies that are categorized as necessary are stored on your browser as they are essential for the working of basic functionalities of the website. We also use third-party cookies that help us analyze and understand how you use this website. These cookies will be stored in your browser only with your consent. You also have the option to opt-out of these cookies. But opting out of some of these cookies may affect your browsing experience.
Necessary Always Enabled
Necessary cookies are absolutely essential for the website to function properly. This category only includes cookies that ensures basic functionalities and security features of the website. These cookies do not store any personal information.
Non-necessary
Any cookies that may not be particularly necessary for the website to function and is used specifically to collect user personal data via analytics, ads, other embedded contents are termed as non-necessary cookies. It is mandatory to procure user consent prior to running these cookies on your website.
SAVE & ACCEPT